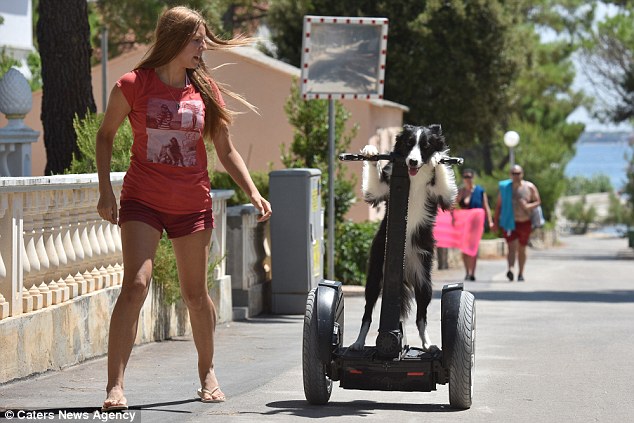 Kasia is a 2-year old Border Collie from Croatia. Since Kasia was still a puppy, her owner trained her to do several stunts such as walking on two feet, tucking herself into a blanket, playing cards and many others. 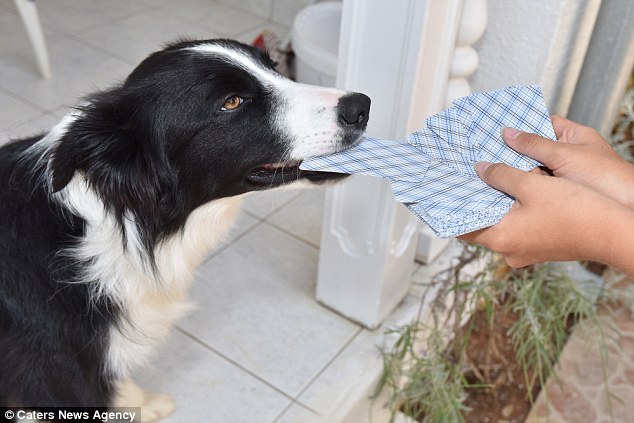 Karla Krasni, Kasia’s owner said that her adorable pooch is such a quick learner.” Kasia learns tricks really fast that when we showed her how to put her paws on the Segway, she did it all by herself,” said the Border Collie owner from Zagreb, Croatia.

Krasni also said that the next trick she would like to teach Kasia is how to spin on one. Kasia never fails to amaze everyone with her skills.

Kasia first started to learn how to walk without a leash. After that, she learned other tricks such as bringing back a Frisbee and making bubbles. She also learned how to do different jumps and spins. Aside from this, Kasia learned how to tuck herself in a blanket, play dead or feel ashamed. She even knows how to pull a card from a deck of cards!

According to Karla, she found Kaisa when she was on a holiday on Vir Island, Croatia two years ago. During those times, Karla was in need of a reason to go out more often because she spent so much time at home. When she met Kaisa, she knew the pooch is the perfect one for her. Kaisa is an active dog and since then, the two have been to several places and become best friends.

Check out Kasia’s amazing tricks in the video below: