Dancing in Our Hearts – Tina & Chandi’s Story by Steve Jetley

BorderCollie FC friend Steve Jetley sent us this lovely tribute, along with a heart-warming video in memory of his his late wife Tina and her talented Border Collie, Chandi, that we wanted to share with you all. Both Tina and Chandi were well loved in the ‘Heelwork to Music’ and Freestyle Dancing World. In 2009, Tina and Chandi became the first duo to win all three finals at Crufts of Heelwork to Music, Freestyle and Freestyle International all in one year. This incredible achievement still hasn’t been equalled. Tina, again with Chandi was also the first person with a “dancing dog” to be a finalist in Britain’s Got Talent. Learn more about these two amazing souls in his write-up below…

My beautiful wife Tina and her incredible Border Collie “Chandi” were internationally famous for their pioneering performances in Heelwork to Music and Freestyle; introducing so many new, groundbreaking and signature moves to the sport. They were the only pair in history ever to have won all three Crufts finals in Heelwork to Music, Freestyle, and Freestyle International. They were also the first pair to reach the final of Britain’s Got Talent with a “dancing dog”, paving the way for all the other acts that followed. Tina even published her story in the book “Chandi” which, for a while, was the best selling book on Amazon. 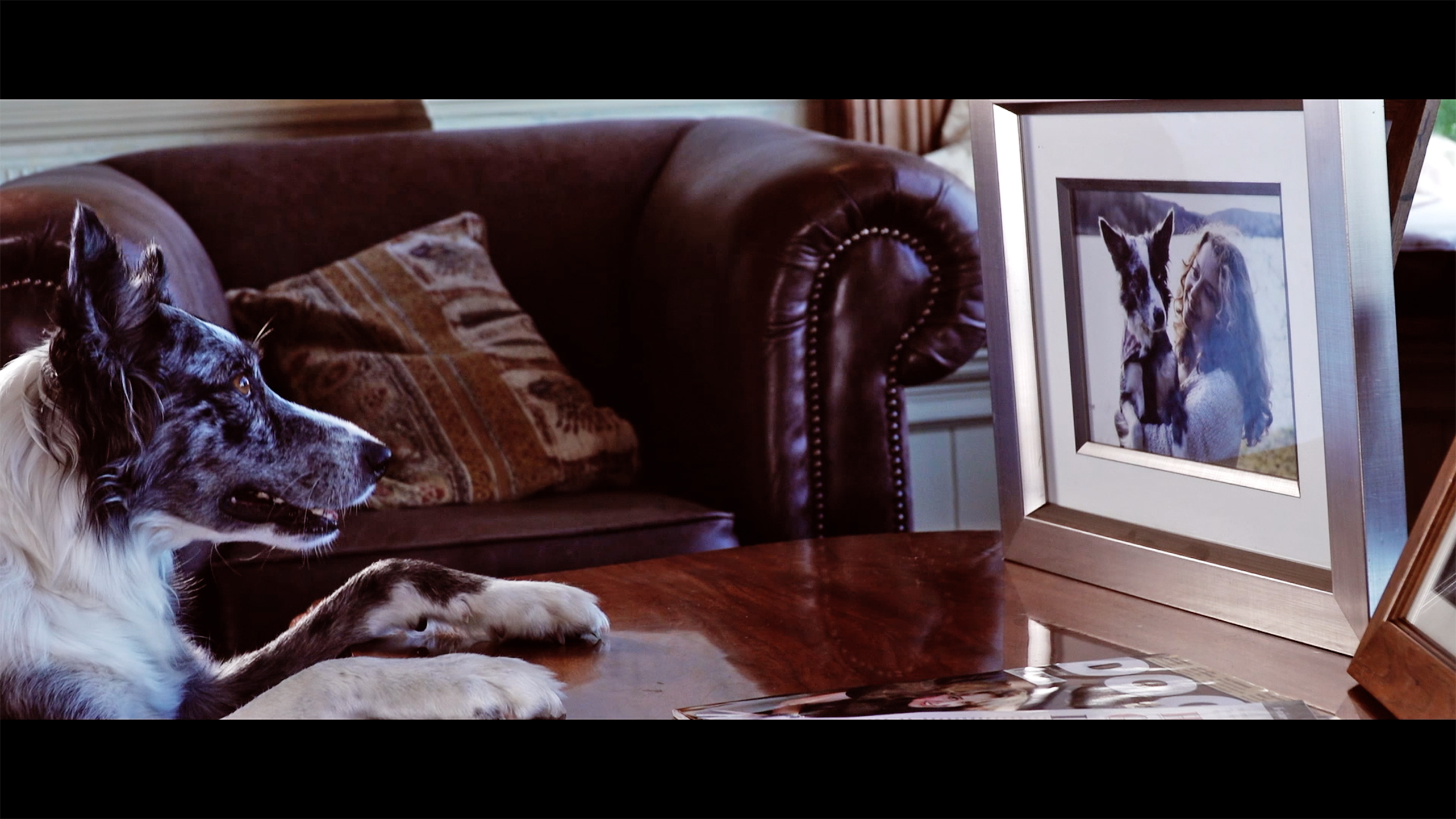 Then, in November 2015 Tina and I found each other. We fell in love instantly. If there were ever “soul mates” it was us. We were perfect. Within two weeks we were engaged, and then married five months later in April 2016. 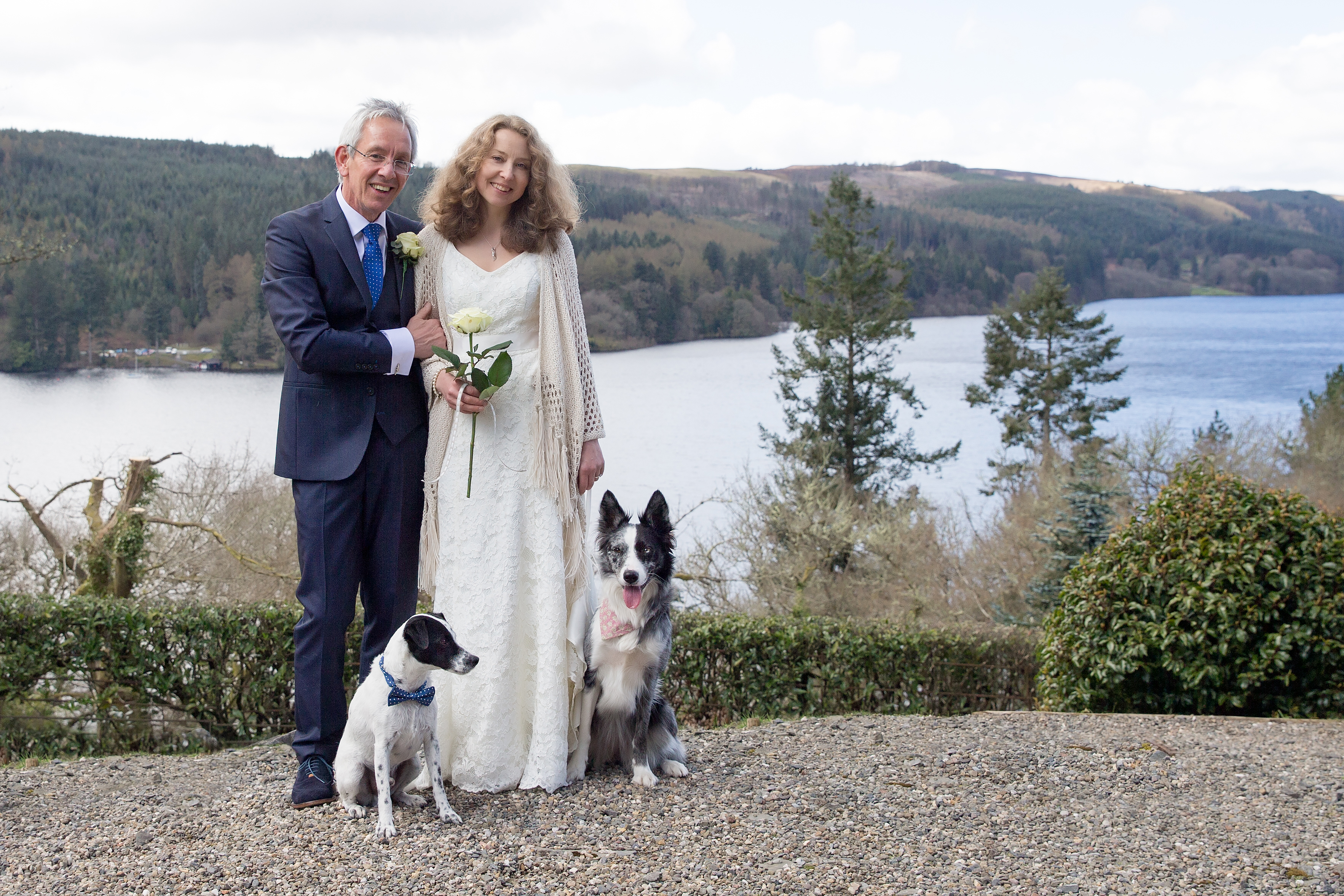 However, one week before our wedding Tina was diagnosed with melanoma, a particularly aggressive form of cancer. She fought it so bravely, and for 10 months or so, she seemed to be winning. She SO wanted to live, now that she’d finally found true happiness with Grace and me. But unfortunately her body couldn’t hold out any more, and she died on 12th May 2017, just three weeks after our first wedding anniversary. 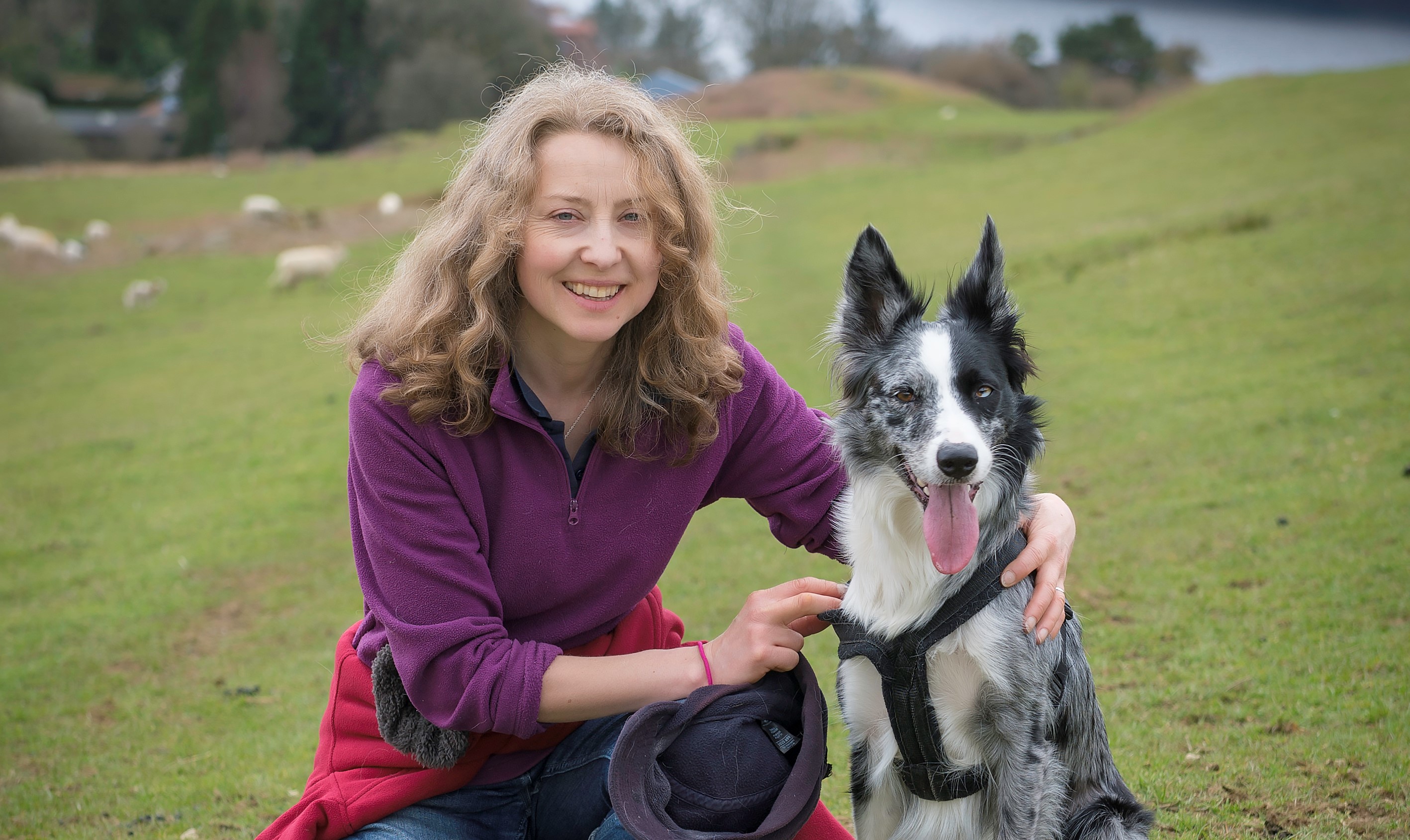 Before Tina became ill, and even after, while she was still strong enough, she had begun dancing with Grace, just as she had with Chandi. Grace LOVED to dance with Tina, if anything she showed even more promise than Chandi. Even as a puppy, she had won Super Dogs Live, twice! 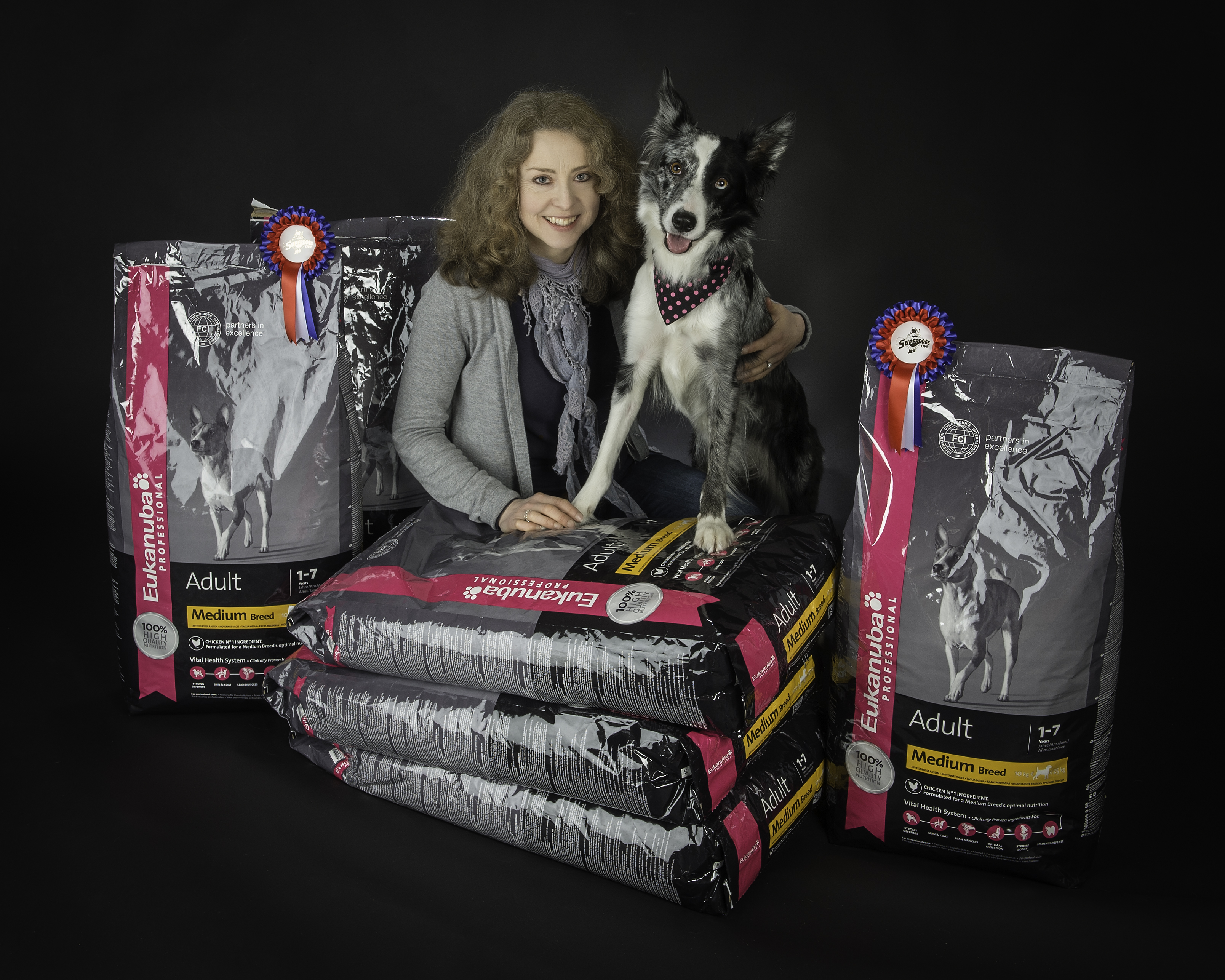 Even though both Grace and I were heartbroken when Tina died, Grace STILL loved to dance – and with patience, she has taught ME how to ‘dance’ with her despite my two left feet! So much of Tina’s spirit lives on in Grace. So much of Tina’s Joy is ingrained into Grace. So we decided to make a video (which you can see below) to show everyone that Tina is still Dancing in our Hearts.  And with her love inside both of us, and her dance in our souls, then slowly our hearts can begin to heal…. 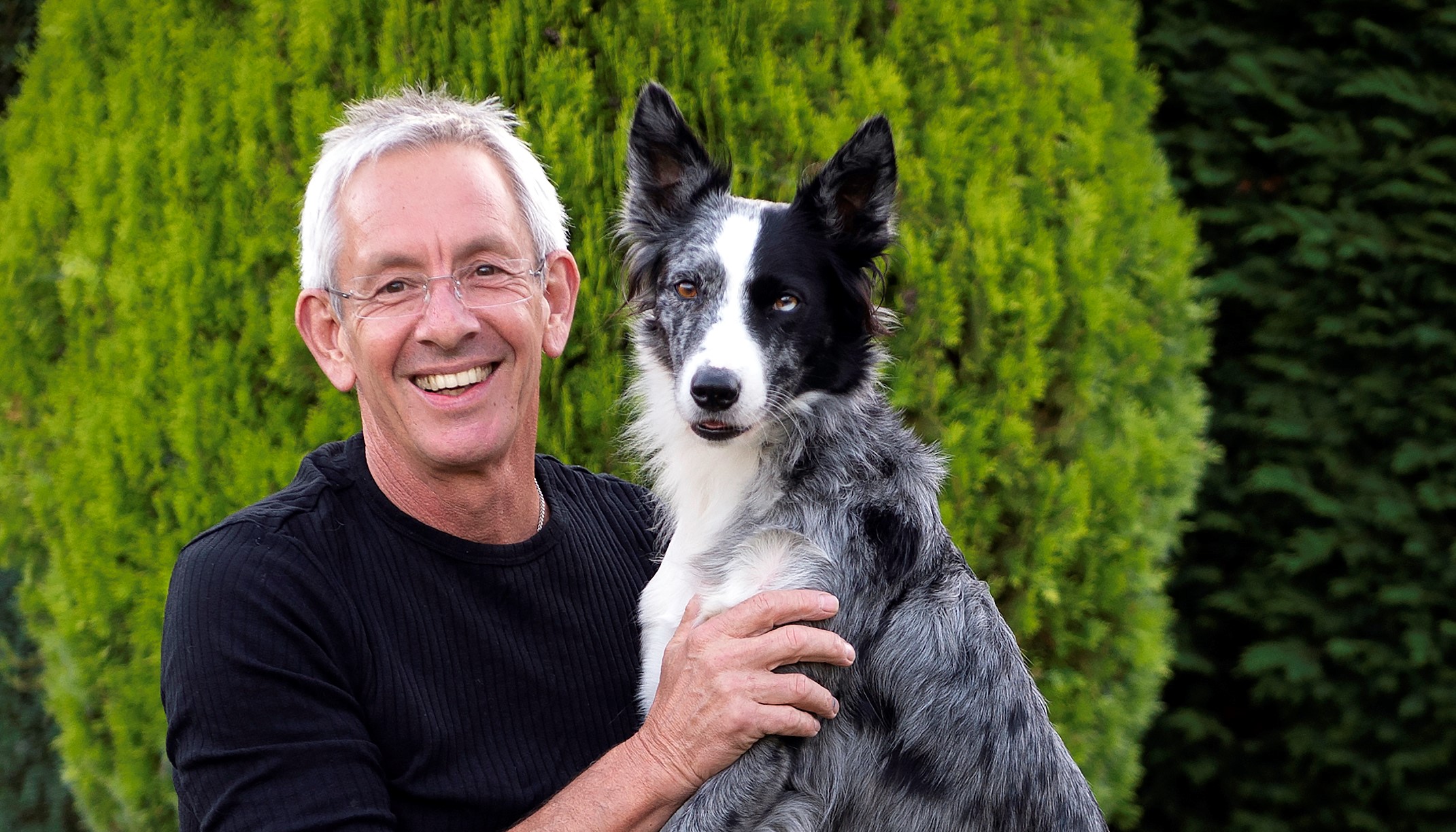 Talent. Now, in this heart-warming memoir Tina shares their story.

When Tina met Chandi she was a frightened, abandoned puppy in a local pound. Under Tina’s care she soon blossomed into an amazingly intuitive dog and together with Pepper, Tina’s first rescue dog, she gave Tina a reason to live after losing both her parents to cancer. Tina and Chandi developed a very special bond that allowed them to communicate at an extraordinary level and provided the magic element in their Freestyle dog dancing routines. They performed in front of thousands and went on to become Crufts champions and television stars.

This is Tina and Chandi’s story of incredible love and devotion.