This #bordercolliestare #tanktop is the latest des

This #bordercolliestare #tanktop is the latest des

After a ton of dogs owned, Josie Conlan never thought that her beloved Border Collie would one day save her life.

Conlan had no idea that she had a cancerous lump in her breast until her border collie dog named Ted began to repeatedly paw, cry and nuzzle at her chest. She began to think what was wrong. And by the time Conlan put her chest to her hand, she then realized that she already had a lump in her breast.

Conlan then visited her GP. She was diagnosed with breast cancer but now had the tumor. The doctor told Conlan that she had this thing at grade three already.

Fortunately, doctors advised Conlan that the disease hasn’t spread to her lymph nodes. In just a matter of 2 weeks, before she was scheduled for an operation, the lump grew more than five millimeters already. Josie believed that if it wasn’t for Ted, she could have suffered from a far worst case and could have been dead if not treated properly.

Conlan felt relief when she got the news that the tumor had not spread. “It was all down to Ted”, Conlan added.

Josie Conlan is a mother of four and a grandmother to two kids. Thye bought Ted after seeing him for sale on an online website. When Ted was about to go home for the first time, their family noticed that there was something wrong. Previous owners of Ted barely spoke to Conlan. They bundled Ted into her car straight away right before Joie was about to take Ted to the vets.

The vets told Josie that Ted had suffered a blow to his head. They believed it was likely that he had been kept for a long time in a very small cage.
Ted’s muscles had wasted away as well as he wasn’t able to walk straight.
Fortunately, after a few months of recovery plus the tender loving care Ted received from Josie’s family, the adorable Border Collie made a dramatic change.

“I have had other dogs but Ted and I became very close. I have never formed a bond as strong with my other dogs as I have done with Ted. He had saved my life”, Conlan said. 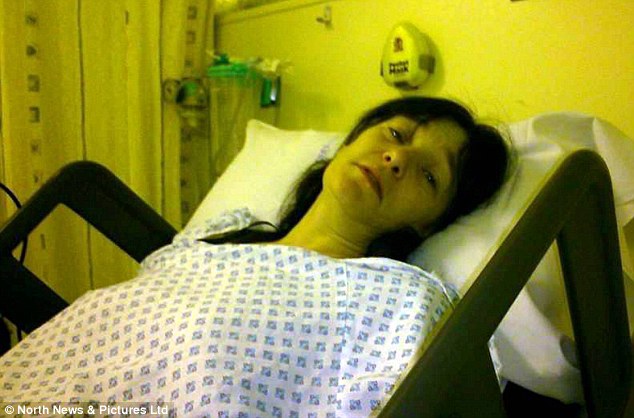 Josie’s lump had her lumps removed in December 2014 and it was only recently when she learned that cancer had not spread.
Josie wants to let people know that they too should take notice whenever their dogs behave unusually. Especially if they try to draw attention to a particular area of their owner’s body.

“I think lots of people might probably just push their dog away if they started clawing at their chest or any part of their body. But it is important that dog owners must take notice because that unusual gesture really saved my life. 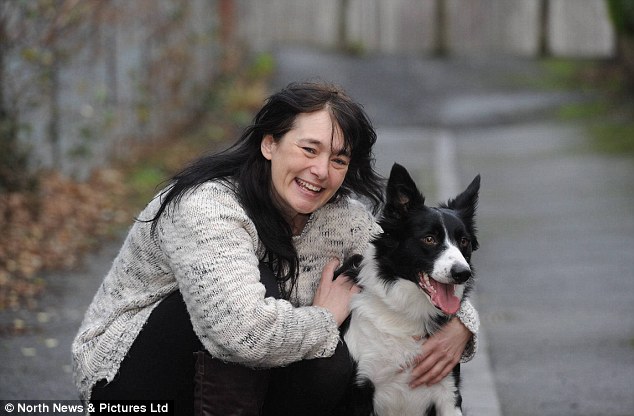 Conlan is now recovering from her tumor removal and now face weeks of chemotherapy and radiotherapy just to ensure that cancer doesn’t return. Her prognosis is good and so far, all have been good for her and her Border Collie.

Read the full story on telegraph.co.uk